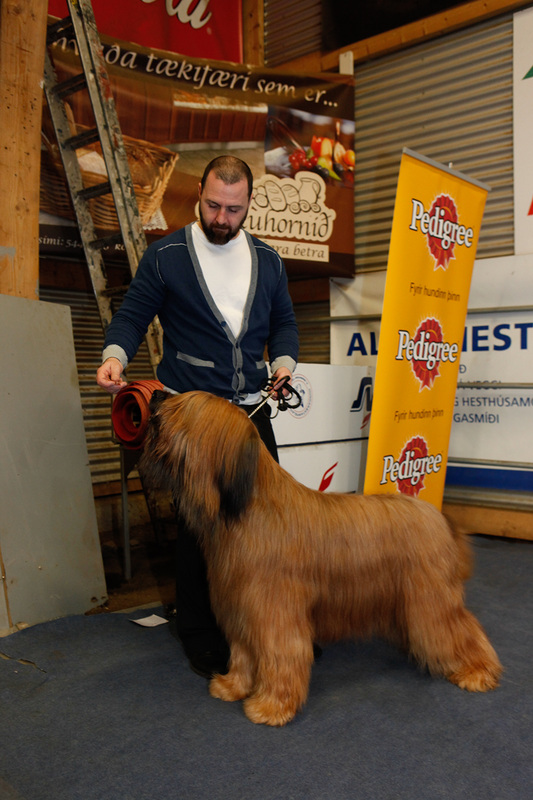 
Imbir was my first Import and he comes from Poland, he lived with me until summer 2011 when he moved next house to a friends of mine Ólafur and Gerður, they have a older Briard bitch and have full house of children :)
Imbir has good temper but is a bit picky with strangers and very protective.
Imbir has always gotten excellent and champion quality at shows he was number one Briard 2008, 2009 & 2010, highest scored shepherd 2009 and placed numer 8 of all Breeds 2009 at the Icelandic kennelclub :)
He has given me a litter of 9 with Trésor de Brie Ila Fauve AF 19.May 2012
Also has had litter at Nípuhundakennel Born 11.May 2012 14 puppies 11 alive.

They are all Very promising